Today marks the 275th anniversary of the signing of the deed to 500 acres that transferred ownership of the land that would become Bethlehem PA from William Penn to the Moravian community who settled there. The document that sealed this deal is on display for today only at the Moravian Archives. Today is also the opening of a new exhibit, “Building Bethlehem,” (on display through June 30) which includes building plans, artifacts, paintings and photographs of the city’s early structures. The city’s has plans for an Anniversary Gala in April and a community celebration in June, during which a number of people will be inducted into the newly-established Bethlehem Hall of Fame.

The city has seen a great deal of history, from its inception, through Revolutionary times and to the present day.  Brethren’s House, which now houses the music department of Moravian College, was used as a hospital for the Continental Army during the Revolutionary War and over 500 soldiers who died in Bethlehem are buried there. Also within the city are a number of items designated by the National Register: six Historic Districts, 165 buildings, nine structures and four objects.

The Historic Bethlehem Partnership manages 20 of these buildings and sites, including the Moravian Museum, which is housed in the Gemeinhaus, a National Historic Landmark, which was the second building built by the early settlers, and is the starting point for several walking tours of town.

The 18th Century Industrial Quarter (likely the first in the country), just off of Main Street on the Monocacy Creek, is the location of some of the ea 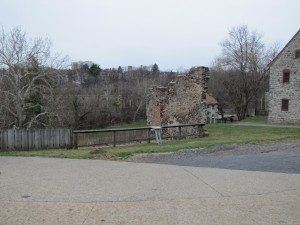 rliest building in Bethlehem. One of these, the 1762 Waterworks (a National Historic Landmark) is said to be America’s first pumped water system. Also surviving from the 18th century are a saw mill, blacksmith shop, tannery, miller’s house and springhouse as well as the ruins of other structures. One can wander among the buildings at any time, and tours of the interior are available by appointment. Through the warmer months, blacksmiths can be seen at work on weekends. Information on all their properties and events can be found on their website. 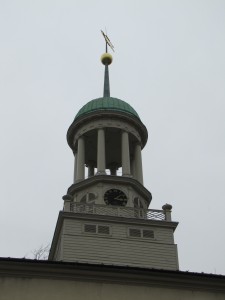 Although they are now separate entities, the histories of Bethlehem, the Central Moravian Church (the oldest Moravian Church in North America) and Moravian College are intertwined. The Moravians came from all over Europe, and though they all had the German language in common, they spoke a total of 15 different languages. Moravians have a tradition of inclusion and tolerance, and believe that everyone, regardless of race, gender or ethnicity, deserves the same opportunities. This was evident in the early years of the community, when Europeans, African-Americans, and American Indians all lived, worked, worshiped, and went to school together.

Education has always been important to Moravians and in 1742, they established both a school for girls and  another for boys. Both schools continued to grow and it is a point of pride for the college that the two merged in 1954, becoming the first co-educational institute of higher learning in the area.

In 1845, the Moravian Church started selling off land and soon the farms on the south side of the Lehigh River became peppered with buildings as the railroad brought factories and mills to the area. In 1865, Asa Packer donated land and $500,000 to found a university with a focus on math and science. The first class had 39 men and today Lehigh University is consistently listed among the top colleges and universities in these disciplines.

A Tradition of Music

Like education, music has always been a part of Bethlehem.  One of the first orchestras in America was founded here in 1744 and in 1754 the oldest musical group in the country, the Moravian Trombone Choir was founded. There are several other musical groups that call the city home, such as the Bach Choir of Bethlehem.

Although music can be found in Bethlehem year round, in various bars, clubs, or on any of the college campuses, the big event is every August. Since 1984, the city has been home to Musikfest, a city-wide festival showcasing music of all types, many of which are free, as well as food, beer and arts. This year the festival runs from August 5-14. The city also hosts other major festivals (including the Blueberry and the Blast Furnace Blues Festival) as well as over 150 events or mini fests throughout each year.

This humble city in the Lehigh Valley was once known as an industrial powerhouse. Bethlehem Steel was once the largest shipbuilder in the world (building 1127 ships during WWII alone) and a major employer to the city’s residents. The rise of railroads brought factories and mills to town as well as many workers. The steady decline of manufacturing industry in the late 20th century led to the company downsizing and ultimately filing for bankruptcy in 2001.The people of Bethlehem however have shown resilience and are a good example of what can be done to revive old industrial towns.

The past twenty years have seen dramatic changes. Bethlehem now has a thriving restaurant and entertainment scene. As is common in many college towns today, the selection of cuisine is diverse, including your standard pizza, deli and pub fair, as well as tapas, Thai and vegan restaurants. Two of my personal favorites are Bethlehem Brew Works which opened in 1998 and Roosevelt’s 21st. Both have good food, good beer and celebrate the history of the area. There are also a number of charming boutique shops and galleries.

There are a number of hotel accommodations to choose from, 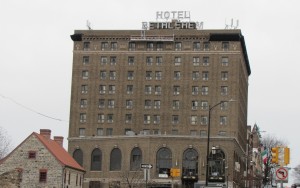 most notable of which is the historic Hotel Bethlehem. Built in 1922 on the site of the first house in Bethlehem, and later the Golden Eagle Hotel, the hotel is said to have hosted such celebrities as Winston Churchill, Amelia Earhart and Thomas Edison, and is purportedly home to a number of ghosts.

Across the street from Hotel B (as it is affectionately known) is the Moravian Book Shop, the oldest continuously operating bookstore in the world (it opened in 1745) 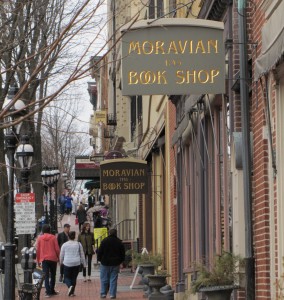 and the starting place for a number of historical and ghost tours throughout the year. The book shop hosts events throughout the year and in addition to books, the store also has an extensive collection of gift items and a year-round display of Christmas tree ornaments.

As early as 1937, Bethlehem was considered  the Christmas City, and in that year, a campaign to have people send their holiday cards bearing “Christmas City” cancellation flooded the post office with over 185,00 pieces of mail. Since then, committees have been formed to unify and fund the decorations and events that take place each December. The historic district is decked out in white lights and across the Lehigh River, on the south side of town, colored lights brighten the streets. More than 800 trees also adorn public spaces.

Each December, the city is home to Christkindlmarkt, an authentic German-style Christmas market which in recent years moved from heated tents in center city to the Arts Quest Center just across the river. With this move, a smaller, open-air version of a Christmas market has sprouted up in the historic district, with artisans selling their wares from individual huts. The

Christmas City also has a “Live Advent Calendar” whereby each night in December at 5:00, a different merchant gives treats at the Goundie House. Throughout the month, there are horse drawn carriage, bus and walking tours of town, and even an annual visit from Charles Dickens’ great great grandson to perform the Dickens’ classic, A Christmas Story.

Bethlehem has become a destination and has much to offer, any time of year.  If you love music, history, or food, there is plenty to choose from. The abundance and variety of events is sure to keep you coming back for more.

Note: I have not been compensated in any way for the mention of businesses, organizations or schools listed in this post.

One thought on “Celebrating Bethlehem, PA – The Christmas City”