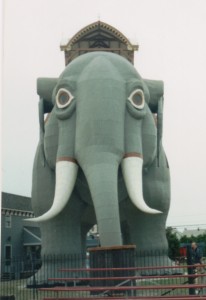 One thought on “Margate NJ, Home to Lucy the Elephant”