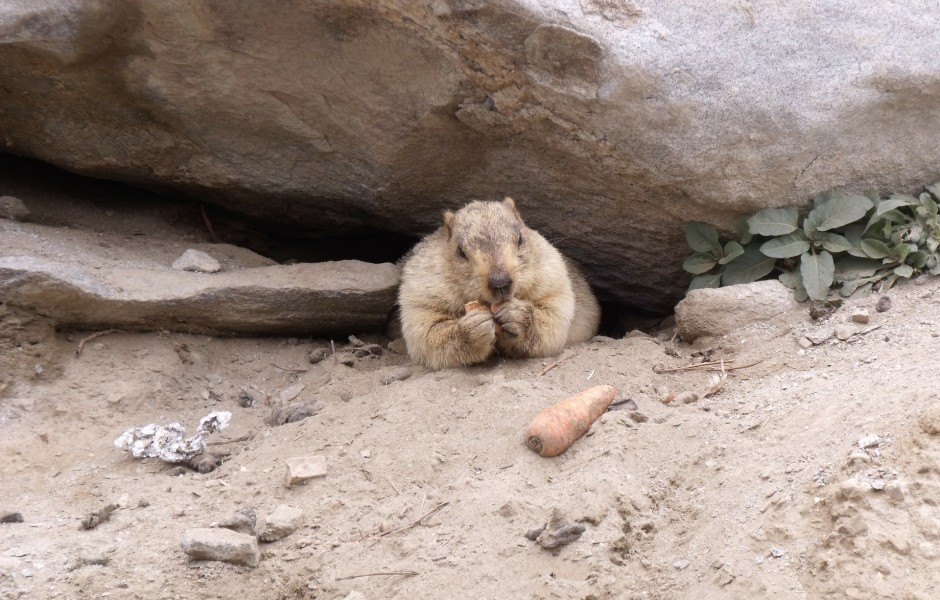 Groundhog Day, celebrated on February 2, like many other holidays, started with a pagan festival, in this case celebrating the beginning of spring by the Celts.

Like many other traditions, this came to America via Europe. Going back to the ancient Romans, each February, people would watch for hedgehogs (or badgers, depending on your source) to start coming out of hibernation in search of a mate. If it was observed that the animal saw its own shadow, winter would continue, if not, there would be an early spring. When many Germans immigrated to the U.S., they discovered groundhogs, which reminded them of their weather-predicting rodents at home, and the tradition continued.

The first official U.S. Groundhog day was in 1887, in Punxsutawney, PA (still the best-known place to witness the groundhog prediction in the country). A local newspaperman, Clymer Freas  of The Punxsutawney Spirit,  convinced a group to head out to Gobbler’s Knob to see what the groundhog that had been seen there would do. (That year he saw his shadow.)

Groundhog Day is still celebrated in Punxsutawney, and is overseen by local dignitaries, known as the Inner Circle, who dress in tuxedos and wear top hats for the occasion. After emerging, Phil speaks to the current club president in Groundhogese (which is only understood by said president).  For 130 years now, crowds have gathered on the second day of February to see what Punxsutawney Phil, Seer of Seers, Sage of Sages, Prognosticator of Prognosticators and Weather Prophet Extraordinary (yes, that is his full name) has to say about the future weather, and the celebration has grown into a festival that attracts families from all over.

The 20-pound rodent was given this cumbersome name by the Punxsutawney Groundhog Club, which sponsors the day’s events and seems to take their responsibilities quite seriously. (It is worth checking out their FAQs on their website.)

While today it is said that Punxsutawney Phil has been alive for over a century thanks to “groundhog punch,” early Groundhog Day celebrations included groundhog on the menu.  Today Phil is treated with much more respect. When not predicting the change of season, he lives at the Punxsutawney Library where he welcomes visitors year-round. He only goes to Gobbler’s Knob to make his prediction. Starting at 6:00 a.m., you can watch a live stream of Phil’s prediction here.

Though Phil is the most famous of the February rodents, other cities have their own resident groundhog. Phil’s accuracy rate is said to be only 39% while Chuck, Staten Island’s weather rodent, has an 82% rate. (But don’t tell Phil or the Punxsutawney Groundhog Club; according to their website, Phil is always right.) 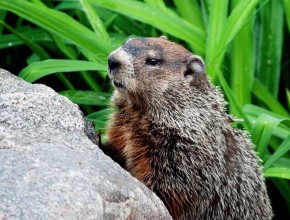 This is a great story about the groundhog. He sure is old. People have it in for him today because he predicted six more weeks of winter. He might need to hide for a little while. Well, maybe until April, lol.

Yes, people aren’t happy with poor Phil when he sees his shadow.

I am fascinated by how the PA celebration has become the Super Bowl of weather; even the Weather Channel livecast the celebration today. Meanwhile, I detest groundhogs – they are destructive of gardens and even damaged an outbuilding we used to have – it had to be torn down.

It is funny what events we choose to celebrate, though it’s quite a tourism boon for the town. Sorry you had such a negative experience with the critters.

Such a cute groundhog, I could NEVER eat one, though. Thank gawd not many people do these days!

Yeah, I was surprised by that. Especially on a holiday with the critter’s name.