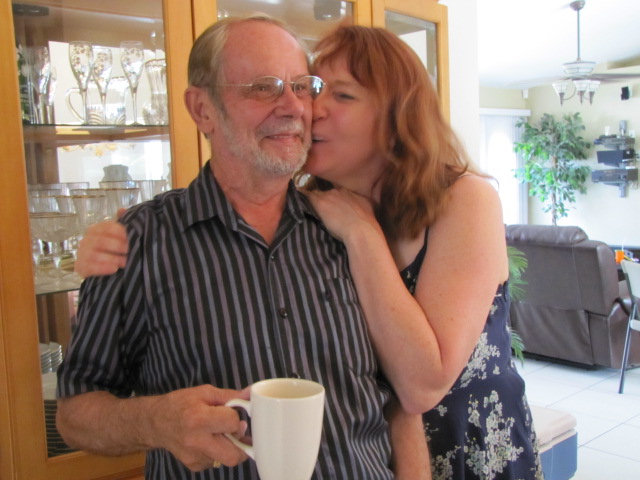 My uncle, Donald George Hopkins, was born in Scranton on August 9, 1941 and died in Mexico on September 24, 2020. In between, he lived a full and interesting life. 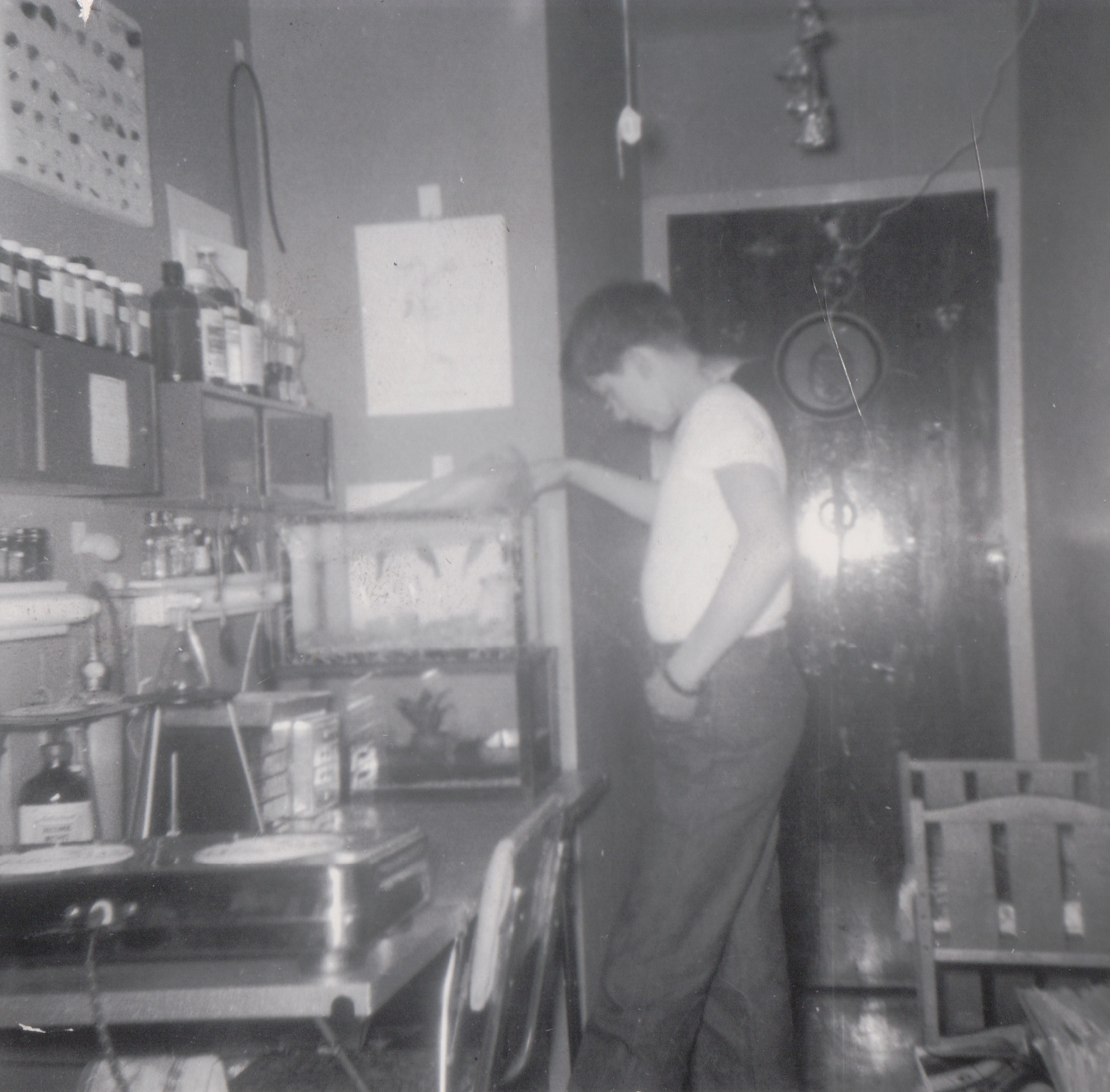 Don in his makeshift science lab

He was a scientist, a Sea Scout, a creator, an entrepreneur and more. He attended college for a short time and served in the Army. As a boy, he created a science lab in their small apartment, where he kept mice.  As an adult he was always creating something, often out of found (aka free or throwaway) objects. In his thirties, he concocted a plan with his brother-in-law to make and sell switch plate covers door-to-door (though they made prototypes, this never quite got off the ground). Later in life he joined forced with his second wife to create wooden art (he carved the wood, she drew the designs). 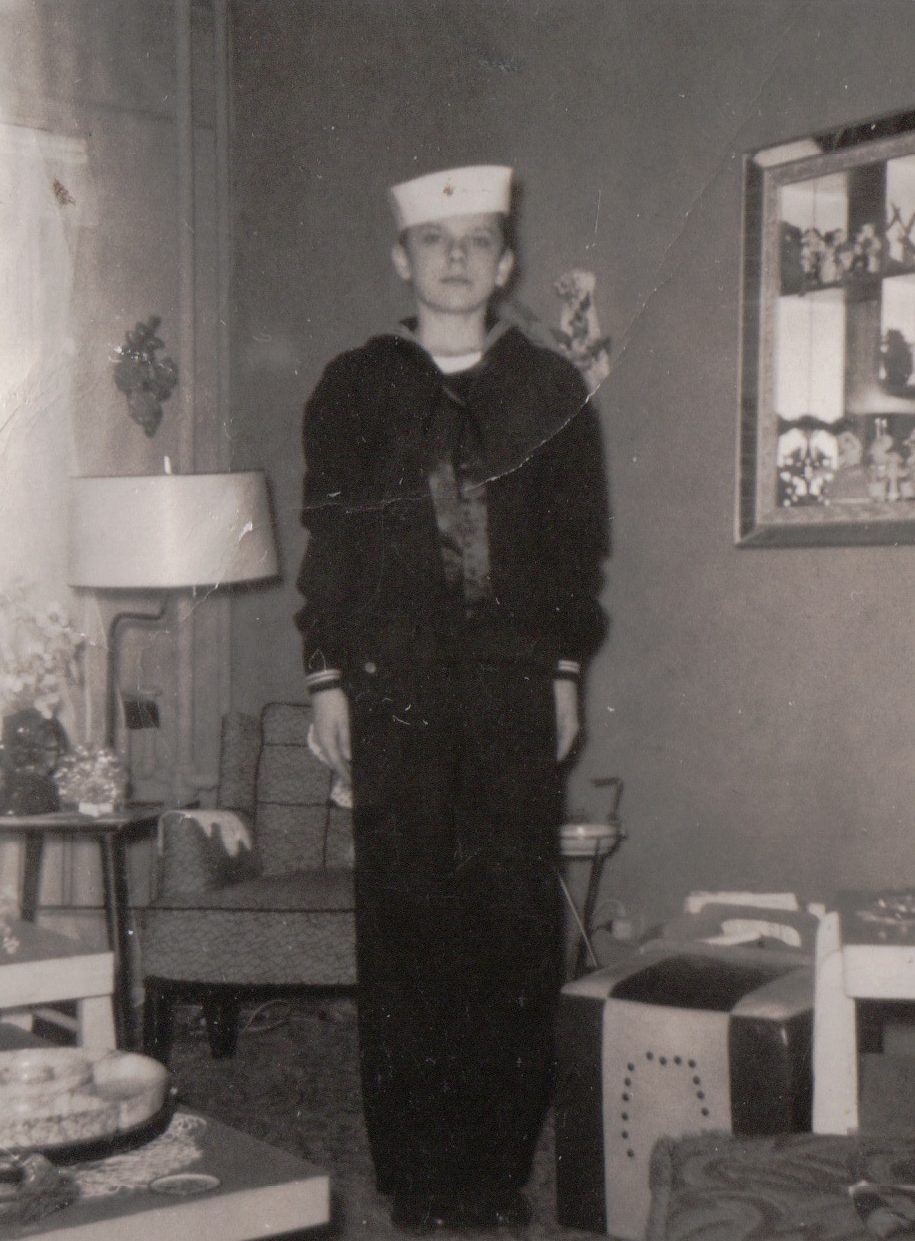 Don in his Sea Scout uniform

Over the course of his life, he lived in New Jersey, California, Illinois, Arkansas, Florida, Mexico and Guatemala. Though he kept moving away, he seemed to always come home, with home loosely defined as where his family was.

He was fun and silly but could also be serious and brooding. He loved animals and was known to bring home new pets that he had found. These included cats, dogs and even a backyard full of birds in elaborately built enclosures. When I was young he had a butterfly specimen mounted in a corked jar that he would make “talk” to me, inadvertently instilling a fear of butterflies that lasted into my adulthood. 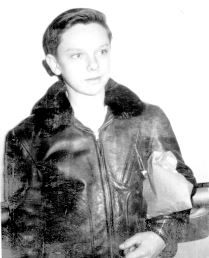 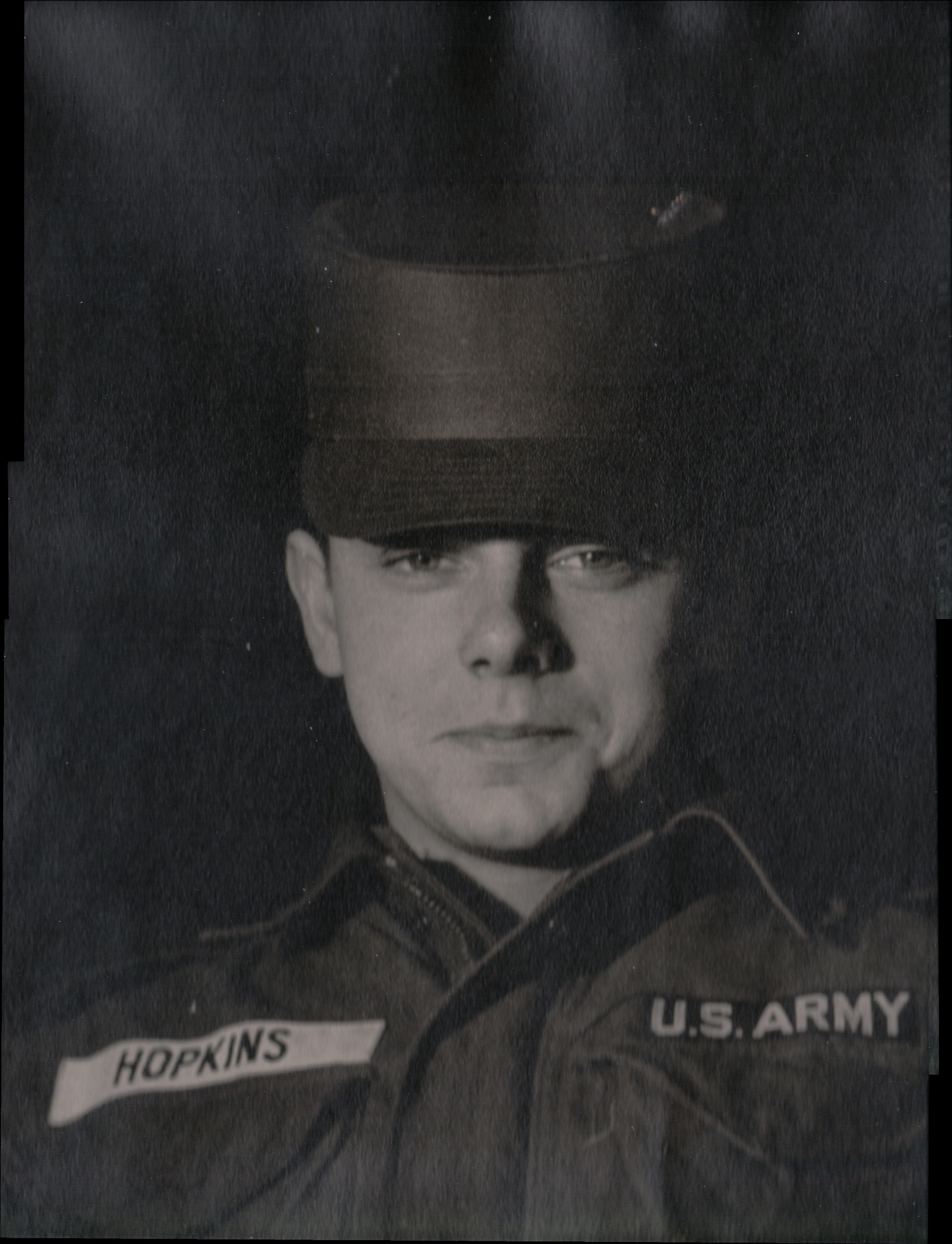 When he smiled, it took over his face; his eyes twinkled and when he laughed it was an eruption. He never took life too seriously. He loved a good joke, even if it was on him. One running joke with him and my parents was hiding a rubber goldfish in strange places, designed to startle whoever found it. The morning he was the one to find it, when he put sugar in his very early morning coffee, he let out a yell (while flinging sugar all over the kitchen), but was able to laugh about it later.

Thinking about it, aside from tragedies, I only saw his serious side once. It was at a backyard barbecue at my grandmother’s house when I was about 14. We were sitting off to the side and he just started talking. He told me how excited he was when I was born and how he visited every day after for months. He told me how much he loved spending time with me and how crushed he was when his brother was asked to be my godfather instead of him.

This came as a shock to me, because we had never been close, in fact I didn’t know him well at all. Even though he and his family lived with mine for several months when I was a child, I’m not sure we ever had any one-on-one time.  This conversation made me regret the time years before I had answered a question truthfully. My grandmother made the regrettable decision to ask me who my favorite uncle was in his presence. Not being old enough to understand diplomacy, I answered her, but didn’t name him.

Uncle Don came in and out of our lives over the years, sometimes for a few days, others for a few months or even years. When I was a child, I took the plane ride with my grandmother to visit him and his family during summer vacations. I was close with his first wife, my Aunt Sharon, and my cousin, Donnie, but like the Ken dolls of the ’70s, Uncle Don went off to do whatever he did during the day while the moms and kids stayed home. 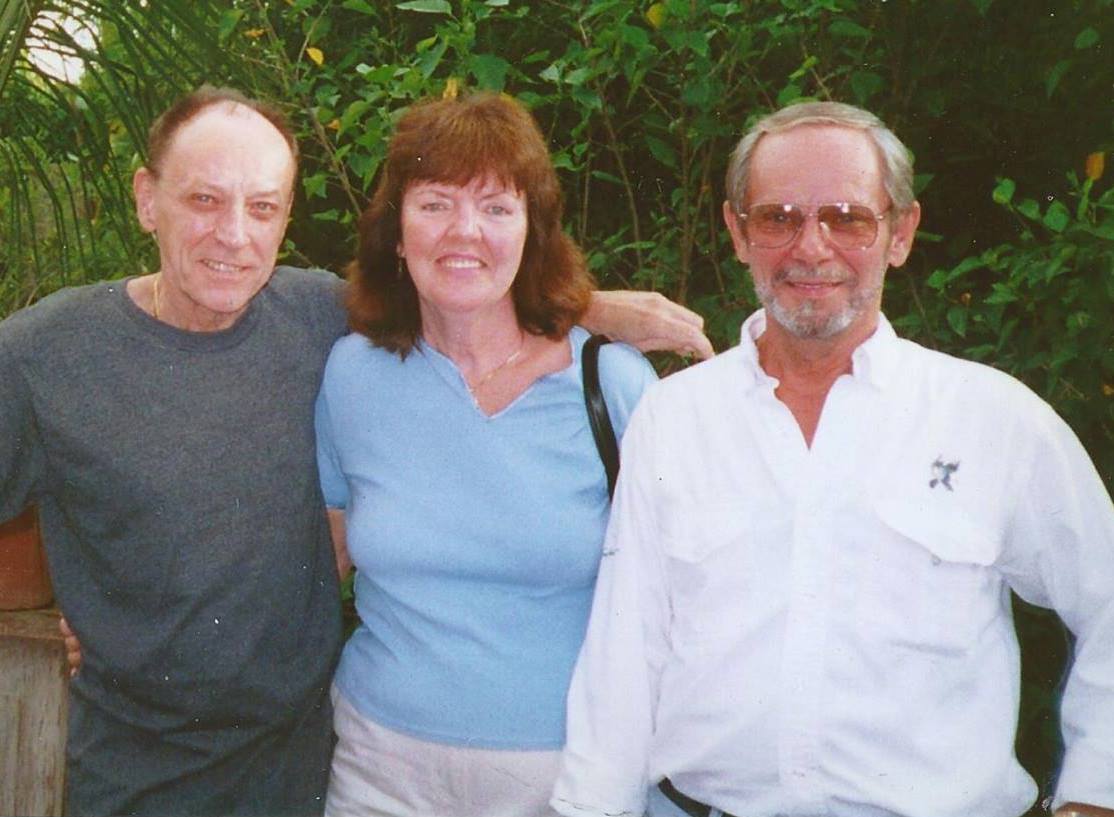 Overall, it seems that all of his relationships were complicated. He expressed his love differently than most, but I always knew it was there. While I wish I had more opportunities to spend time with him and get to know him better, I am thankful for the time I did have. The last time I saw him was shortly after he and his wife moved back to the States in 2014 after spending years in Central America. Our visit was brief but pleasant. When I stopped by to visit on one of my trips to Florida in 2016, he was gone. The woman who had moved into his apartment told me he had moved back to Mexico earlier that year.  Though I didn’t expect it, I hoped that circumstances would change and I would get to see him again.

I am saddened by his death, but thankful for his life. He brought a little more sparkle and light into the world. He’s sorely missed.

Tagged on: grief, growing up, loss