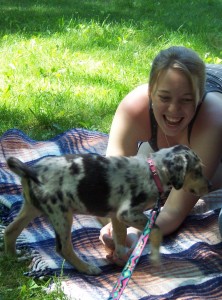 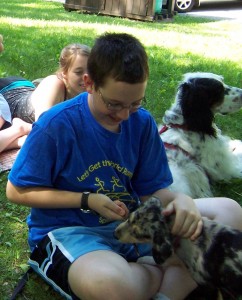 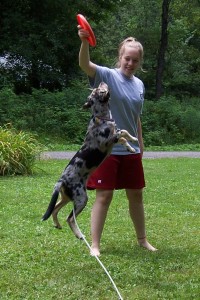 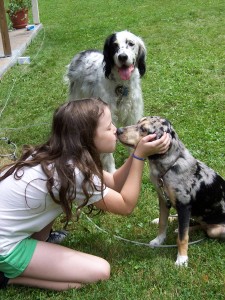 April 26 is National Kids and Pets Day. Begun in 2005, the day is dedicated to celebrating the bond between children and animals and to educate the public about safely bringing pets into a home with children. A Facebook page hosts pictures of pets and their children.

Growing up, I always had pets and learned many lessons from them. I learned to be gentle when handling small animals and that some will hurt you if you hurt them, and that dogs especially love unconditionally. My first dog, Candy, was a wonderful listener and my best audience for the books I wrote on 3×5 index cards stapled together.

Although it was not planned, our small critters taught me about new life and that none of us is here forever. I was taught to care for our furry and feathered friends, even while Mom took on primary responsibility for their care. 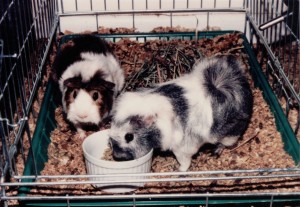 Bandit and Bruno were my college pets

For my sixth birthday, my uncle bought me a hamster and shortly after, Mom decided it was lonely and purchased a “friend.” Of course, we soon had several baby hamsters and had to purchase another cage to separate the male from the female and protect the babies. We found homes for the babies and kept the parents separate after that. Years later, we again got hamsters as pets, but now knew better and kept them in separate cages.

Considered the “animal person,” my family has tried to pin our later abundance of guinea pigs on me, but I had nothing to do with  bringing any of them into the house. Mom was the one behind this. She had mentioned she wanted a guinea pig, so Dad bought her one for Christmas. Again, she thought he was lonely and purchased a friend for him. Once again, we had multiple cages to separate them. Unfortunately, we were not very good at determining the sex right away and soon had yet another. (Full disclosure, this experience made me quite fond of these critters and I had a couple of my own in college.)

A goldfish won at a school fair started as my pet, but Mom soon took on care duties. She was the one to change the water in the bowl and even brought him back from near death by massaging his gills when it looked like he was not going to make it. (He lived a few more years after that episode; he was with us for eight years.) I learned that with proper care, goldish can live a very long time. 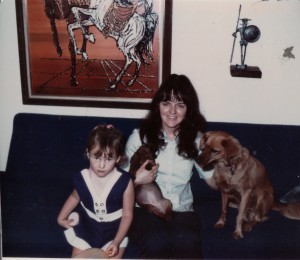 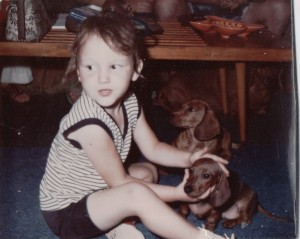 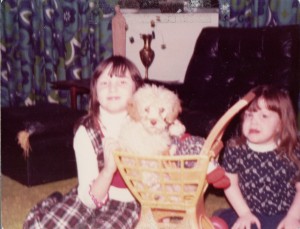 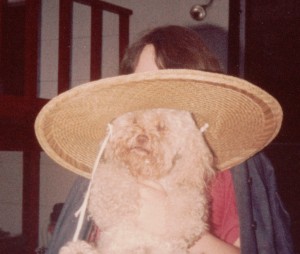 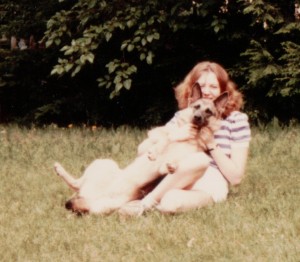 Though small animals came and went in our lives, dogs have been a constant presence. Besides Candy (the dog who patiently listened to my stories), we also had a dachshund Vicki who loved to wake us up with kisses. Later we had a poodle, Misty (who as a puppy was a gift to my grandmother, but very soon moved in with us and became my dog), and finally a German Shepherd, Sheba, who was selected for her booming bark, but was possibly the prettiest and gentlest of her breed I have ever seen. 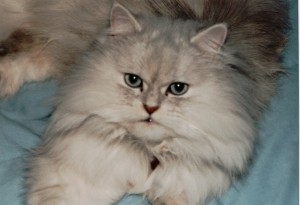 Brandy was a sweet fluffy addition to our family

There were no cats in my early life (Candy wouldn’t stand for having any around), but after she died, we did have one cat, Brandy, a Persian that Mom brought home when her co-worker was unable to keep her. She was an indoor cat, but got out occasionally and so we added kittens to the mix. My sister and I got home from school in time to see a couple being born. I also volunteered at a local animal adoption agency and began to foster dogs and cats. Most stayed a short time, but one cat captured my heart and when she finally found a home after seven months, I was heartbroken.

Shortly after, I adopted a kitten, Molsie, who was my favorite college roommate. Though people didn’t believe me at first, she understood more words than most. After forgetting to say goodbye one weekend I had to leave her, I was asked to please never do that again (she sat by the door yowling for two days). She probably taught my children more about how to treat pets than anyone else. Though we always told the kids to be gentle and showed them what we meant, she would reinforce our lessons. While they were toddlers and still learning, they got a smack with her paw, no claws. When they were older and she knew that they knew better, they were risking a scratch. 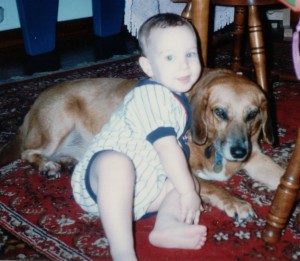 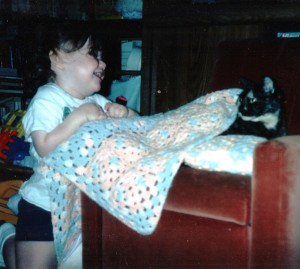 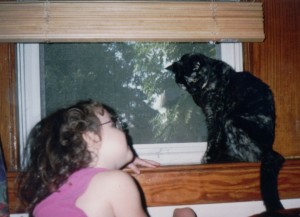 Shortly before I married, Bacchus came into our life. A basset hound mix, as a puppy he had humongous ears that he eventually grew into. He patiently taught my children about loving a dog (and how much fun it is to get slobbery kisses when you hold a cookie). After his loss, I spent the longest six months of my life, dogless, before finding Zeke, by far the gentlest dog I have ever known. Maggie, a Catahoula, came into our lives shortly thereafter. Since the kids were older at this point, the lessons learned were more about caring for and training a dog and how to simultaneously be firm and kind. 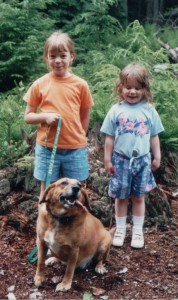 My older girls and Bacchus on a family hike

Other furry and finned pets have come into our house since I became a parent. There was Rabbit the hamster (a story for another day) frogs raised from tadpoles in school, an aquarium full of tropical fish and a goldfish, Gill, from school that lived considerably longer than its peers. One daughter also brought home gerbils (which were the reason I was in the right place at the right time to meet Zeke). There was also another hamster, Rocky, a birthday present to me.

The aquatic frogs were something new to me. After studying them in school, they were available to be adopted by students. Naturally there was a shortage of homes, so each time we got more than one. We quickly learned that they would adapt well to life in an aquarium and they joined my tropical fish. I enjoyed watching them and mourned their loss more than that of any of my fish.

Of all of these, I assumed most of the basic care, except for the gerbils. I would give them food and water and occasionally pet them, but there’s something about the tails that I can’t get past. I had a pet mouse in high school, but gerbil tails are different somehow. I knew going in that no matter what they promised, I was likely to be taking on more responsibility, so I only okayed pets that I was willing to care for. (By the time the gerbils arrived, my daughter was mature enough to care for them herself.) The child who owned Rabbit took on much of the care, as did the one who owned Gill. Everyone learned what was needed to care for the family pets and all were expected to help out.

Pets and kids go together. Kids learn things such as empathy, patience and responsibility and owning a pet has been shown to reduce stress. Owning an animal can prompt research into their needs or background (which is advised if you have no experience with that particular species). Kids with pets always have a friend willing to listen as well as a partner for tea parties, walks or runs. Those who are shy may find that a pet can help make new friends. The benefits of having a pet are many, as long as you are prepared and know what you are getting into.

One thought on “Just One Day to Celebrate Kids and Pets?”