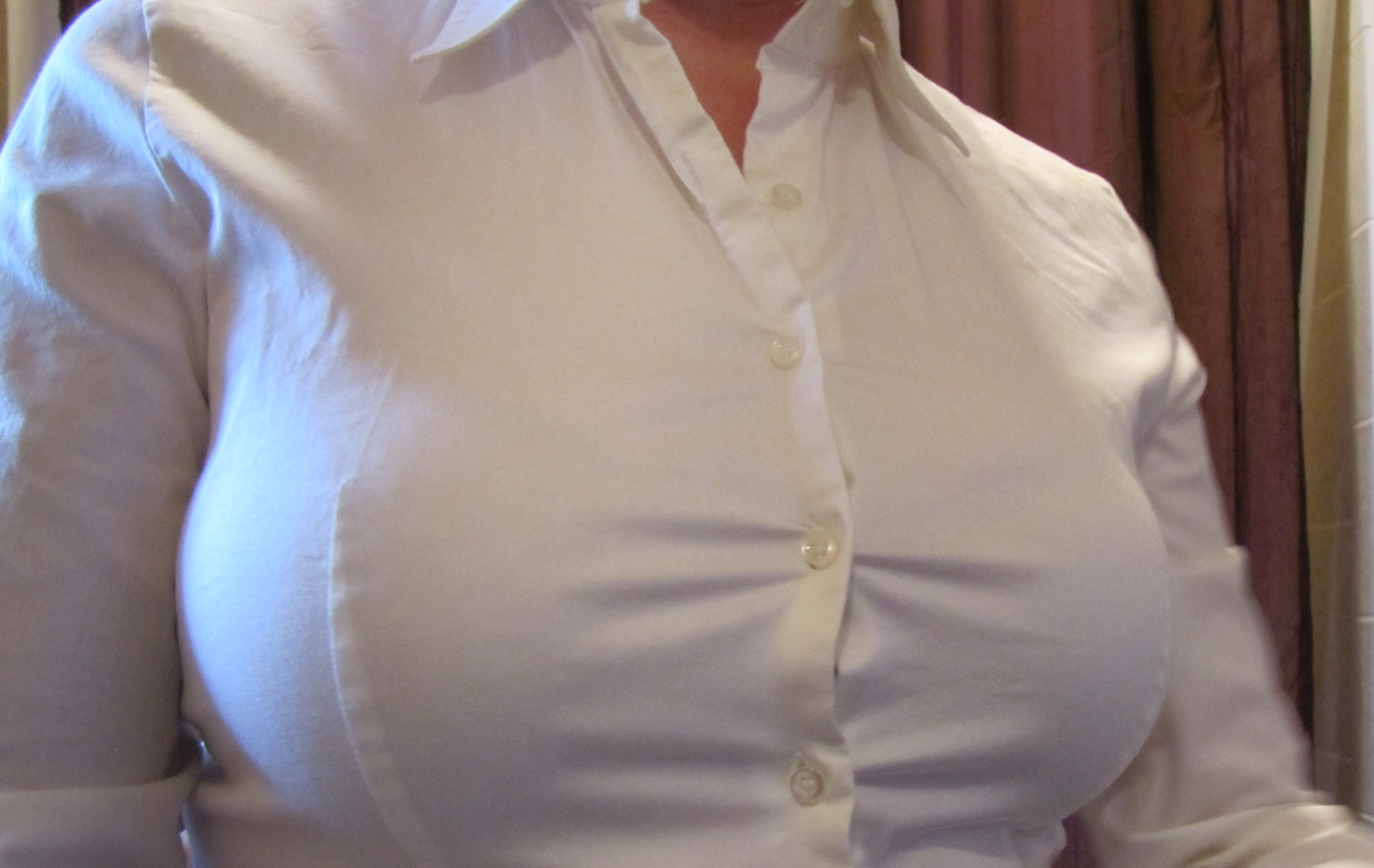 My biggest fear growing up was that someday I would have Grandma’s chest. You may be questioning this statement and picturing some hideous wooden box, however, I am not talking about a Hope Chest or anything of the sort, but the chest she carried beneath her chin and above her waist. Grandma was stacked! Her hugs sometimes made me feel like I was being swallowed. But unlike me, she never seemed to feel uncomfortable about it.

Grandma knew how to get attention. She worked as a singer in nightclubs and had a wardrobe of flashy clothes that showed off her attributes. As a young girl, I was shy and embarrassed, but also somewhat awed by such displays. Now I appreciate the value of having assets and being comfortable with them.

Her bras fascinated me, in a strange sort of way. They were indeed “boulder holders.” I wondered how she stayed upright and didn’t topple over. Walking through crowds had to be a challenge as well. There was no way to avoid noticing her breasts. I secretly thought that they helped her float in the pool.

As I matured, I happily settled in with a comfortable 36B, which was in proportion with my 5’8” medium -build frame. I had no complaints and though I got my share of attention, did not have the problem some of my friends did, that their bosom was expected to carry on a conversation with men.

When I had kids, though, things exploded. I made the choice to nurse my children and soon discovered how large bras could get. I was surprised to observe that my bras were large enough to possibly be used to haul home some of my purchases from the produce section. (I did not try this, for obvious reasons.) I wondered if it was permanent and how long my back could support the additional demands placed on it. I wondered if the young me was right and they could be used as flotation devices. I never got to find out because I couldn’t find a bathing suit that fit right.

I was shocked. How could this have happened? No one told me that they could triple in size! I was going to need an entire new wardrobe. All those cute tops I had were history. Luckily, the demands of caring for children gave me more pressing things to worry about and I was able to push my boob woes to the back of my mind. I resorted to wearing (very) oversize shirts (mostly from the men’s department) since I was completely unwilling to buy any maternity clothes after the baby was here.

Sleeping became a challenge. Any way I tried to position myself was uncomfortable. Laying on my stomach was out of the question and any other position pushed my arms out to uncomfortable angles. I managed to find come positives though. I convinced myself that my waist had shrunk, since I couldn’t see it at all anymore. I also found that at any event with a buffet, I had a built-in shelf for my plate.

My babies grew up and my chest subsided, to a point. Surprisingly, I found that I was happy to not go back to my pre-pregnancy size. I had gotten used to the new look, and although I was not unhappy with the old me, I like the end result.

Despite my acceptance of Grandma’s gift, there are downfalls. All the prettiest things: dresses, shoes, even bras, are designed for tiny people. Finding something pretty in a larger size is a challenge. Designers seem to forget that if you have more on top, you need to have more fabric at the bottom. Shirts and dresses alike are frequently too short for my comfort. Button down shirts that fit right everywhere else gape open several buttons down. Then there is the oft cited lack of attention when speaking to people, particularly men. I do sometimes have the temptation to reach out and lift a chin even so slightly in order to make eye contact.

The chest I possess would not have looked right on the 18-year-old me, but today, the curves suit me. Once it became reality, I came to terms with my fear. After all, short of surgery, what choice do I have? Besides, Grandma was the best; I am happy to be compared to her.