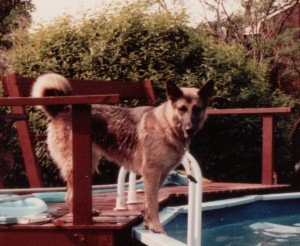 Certain smells bring back memories. I find this to be particularly true in the summer, maybe because I spend more time outdoors. Certain summer smells bring me back to my childhood and make me smile, even some that are not so pleasant.

The smell of fresh tar brings me back to the days in the early 1970s that I roamed our neighborhood in the Chicago suburbs. We lived in a new housing development, surrounded by cornfields. With just a handful of streets, I couldn’t get too far from home and spent most of my time walking on two streets – the one I lived on and the adjacent one that took me to my best friend’s house down the hill. Each summer, the roads were freshly paved and closing my eyes, I can still catch the pungent odor. Our bare feet would end up blackened from the inevitable street crossings, requiring a steady scrubbing to return them to normal color. Summers were spent outdoors, playing simple games, coming inside only for bathroom breaks and food. While repaving is infrequent where I now live, the smell still makes me think of those carefree summer days.

Coppertone cocoa butter tanning lotion was a staple in American households in the 1970s. These were the days when the ozone still provided a protective barrier and before the potential damaging effects of the sun were fully understood. We knew we didn’t want to get a painful red sunburn, but the worries stopped there. Skin cancer was not a concept anyone talked about and was something few if any were likely aware of. Sun tanning lotions and oils were applied to enhance a tan, not protect against one. Though application of coco butter-containing lotions tended to make me itch, the smell was decidedly summery. This smell makes me think of lazy days, sitting in beach chairs in the backyard, playing in the dirt or reading a book or magazine.

When we were kids, my parents bought a pool which entertained my sister and I for many hours throughout the summer. Of course owning a pool involves maintenance and one of the items on this list is keeping the water safe for swimming. This is how I became acquainted with the sharp smell of chlorine. Regular testing ensured that the levels were appropriate (when they were too high, there were unhappy kids who had to stay out of the water until it was regulated), but the smell alone sometimes served as an indicator. If it burnt the inside of your nose, it was too high. No matter how often things were washed, the chlorine smell lingered, on towels, suits and even hair. This smell lasted all summer. Today it reminds me of splashing in the pool, creating our own whirlpools and lounging on pool floats. 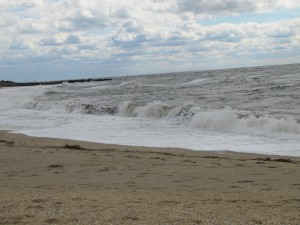 Even with closed eyes, I can tell when I am approaching the beach, especially in the summer. While it is true that I rarely go to the beach in the winter (and generally have the windows closed when I do) I believe the smells do vary, depending on the season. In the summer, you can smell the salt in the air and sometimes the remnants of fish and other sea creatures. The beach is my special place. Though I am not necessarily a fan of the sand or even of swimming (but do enjoy them in limited doses), the ocean calls me, unlike any other body of water. The smells associated with approaching the spot where land meets sea is instantly relaxing. I can feel any tension draining as I close my eyes and inhale deeply.

I know I am not the only one who can identify the smell of cut grass. After all, it is not an uncommon scent for “scratch-and-sniff” books. The smell of cut grass makes me think of picnics, spread out on a blanket in the yard or a park. It reminds me of the feel of short strands of grass sticking to naked feet. This leads me to remember washing the grass off said feet before entering the pool (to keep the water cleaner) and then the inevitable smell and feel of mud as a puddle forms at the edge of the wash basin from too many trips in and out of the pool. These memories extend to my children. Though I’ll admit to feeling annoyance at the change from soft clean grass to muddy swimming hole, the change in texture would bring smiles (even if the smiles were prompted by the faces made by those now finding their toes squishing in mud).

Though it may not be something you think about, it is also possible to sniff out fairs and carnivals. Where else do you find the combination of aromas such as cotton candy, kettle corn, funnel cake, diesel engines (powering the rides) and sometimes animal sweat (pony rides)? The combination of sweet and acrid smells, mixed with earthy sweat (human and/or animal) almost makes my nose wrinkle just thinking about it. These events appeal to multiple senses. They tend to be noisy and bright as well. And it is almost mandated that you sample some treats, after all, they only occur in the summer, (so by the time the novelty wears off, we have a few seasons to wait for the next time they come around). Fairs and carnivals are associated with fun and laughter, and some happy memories of finding one purely by accident on a Sunday drive.

Since we always had a dog, there was another smell I became very familiar with. Like all other creatures, dogs sometimes “have to go.” Unlike people, they use the backyard, which is often where children play. It is not always possible to pick up after the dog quick enough to avoid an encounter, which results in a squishy unmentionable substance between the toes. On many occasions, my sense of smell enabled me to avoid that warm, unpleasant experience. Of course this is a year-round occurrence, but the smell is more present in the summer. While it makes no sense, this makes me smile remembering the carefree days that allowed running through yards with no schedule to adhere to. It was a much simpler time.

Of course it is well known that the sense of smell can trigger memories and often influences our emotions. What summer smells take you back to happy times?