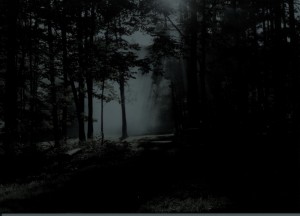 These days, people are afraid. Afraid for our safety, for our children’s safety, for our future, for the future of the planet. Today’s world is very different from that of just a couple decades ago. We have all had the conversation that starts, “Back when I was a kid…” This is often followed up with stories of independence, of playing outside, of parents being unaware of where we were and what we were up to. And then the regrets that it couldn’t be like this today. But why not?

Studies show that most places in the U.S. are safer today than ever. Violent crimes and child abductions are down (and it has always been true that few abductions are committed by random strangers). The FBI reports that the rate of violent crime from 1991 to 2010 was cut by almost half, with a further reduction of 6.9% from 2010 to 2014.

I grew up in the suburbs, where you needed a car to get to the most interesting places. There was a small strip mall with a convenience store that Mom would send me to when we ran out of milk, or we would go to get a candy bar, or kill some time browsing in the mom and pop pharmacy. We rode bikes, played in the park and traveled from yard to yard. From the time I was about 10, I frequently rode my bike to school a couple miles away from home. After school, I would head out, sometimes alone, exploring neighborhoods and meeting dogs and their owners, coming home when I got tired or it got dark, whichever came first. I doubt my parents ever worried about my safety or even gave much thought as to where I was during those few hours.

My own kids, as well as everyone else’s, freely roamed the couple blocks surrounding our house when they were young. They all knew to be within the sound of mom’s voice and heaven help them if they didn’t come home when called. (Full disclosure, they rarely went that far. One summer, our house was the place to be. One day I counted 15 kids in my yard.)When I think about how different things are today than 15-20 years ago, I ask myself if I would still let them go out to play, unsupervised. The answer is yes, except for the fact that today I might have a neighbor report me for child neglect or endangerment. (This strikes me as rather funny, because to some, I was an overprotective parent.) In the early 1990s, I let my children, in 3rd grade and kindergarten, walk the two blocks to school, alone. (If I stood on the sidewalk, I could see the crossing guard at the school corner.)

My neighborhood is no less safe today than it was then, but today, when you see kids walking to the ball field or to Rita’s they are usually accompanied by adults. Now it is rare to see children running down the street or hear their calls in a summer twilight game of manhunt. I am sure that some of this is due to an increased use of technology, but I think a big part of it is that parents have been convinced that it is not safe to let their kids go out to play.

I understand that some neighborhoods are not safe, but many still are. I am surprised every time I hear a parent say they wish their kids could go out to play. Why can’t they? I believe they still can, but they would have no one to play with since everyone else is afraid.

Why the change over a generation? Life is different now, even more so than it was for the prior generation. Instant news from around the world has us worrying that bad things are waiting on our doorstep. Television and film depict horrifying crimes, sometimes against children. Amber alerts sent to TVs and via texts add to our fears (even when these events are outside of our area). I also think that many new laws are creating more concerns. Did people worry about being molested in a department store bathroom before these laws put the idea in their heads?

Cell phones and their tracking apps make it easy to keep tabs on where your family is at all times. Is this necessary, or even healthy? Do these apps make people feel more secure, or worry more? Don’t we, as adults, have more interesting things to do with our time? Is there really any reason for us to be afraid?

2 thoughts on “What Are We So Afraid Of?”