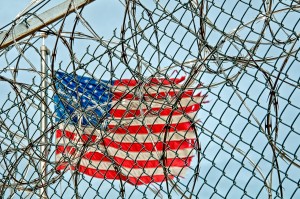 These are uncertain times. Never before have I felt so unsure of the future. Never before have I been seriously concerned about the world my children and their children will inhabit. No matter which candidate wins the election, the country will be in turmoil. If Trump wins, I worry that we will take many steps back. Many individual rights are threatened by Trump’s stated goals. Of course, many of the things he promised cannot be fulfilled, at least not with the system as it is currently set up. But I worry that even that is uncertain. If Clinton wins, Trump has indicated that he will challenge the results; that he will not concede. Either way, a large portion of the population will feel that they have lost after this election and I am not sure how or even if we will be able to feel united again.

When a major political party, the party who years ago pushed for family values, elects as their representative a man who lies and cheats and then says he “never said that” (in an era when everything public figures say and do is recorded and reported on), I believe we can be certain of nothing. When people then defend these statements and say that his opponent is crooked and parrot his soundbites, instead of doing their research to determine what is true, I am confused and question my long-held belief that truth and goodness will always prevail.

Conspiracy theorists have been given an abundance of fuel as well. Trump has left little tidbits in his wake at almost every appearance. Though this is nothing new, his paranoia of the establishment has fueled more fear and hatred than I have ever seen. Yes government has its flaws, but his suggestions that everything is rigged will only polarize people more. Is it possible that the system our forefathers put in place, with multiple checks and balances, could have gotten so corrupt that it is possible to rig everything? I don’t think so.

Politicians promise things they can’t deliver. Election seasons are full of lofty goals and visions of an ideal world. Our political system is set up in such a way that people must work together to make anything happen. This is of course the great flaw in our system, since today people can’t even agree to talk about making a decision, let alone work to find a solution that will benefit all, even a little.

We are living in a time of absolute uncertainty. We are becoming a nation of us and them. We are not listening to each other, but are reacting to what we think others are saying. The future is always unknown, but up until recently, I believed that it could always be made better. I now worry that we may be going a direction that cannot be reversed. I am absolutely uncertain of anything except that if we could all set aside our differences and find a way to work together, that maybe, just maybe, we can save our country from ourselves.

2 thoughts on “The Absolute Uncertainly of an Unsettled World”