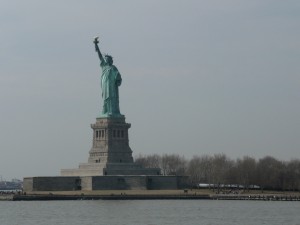 I am saddened by the fact that many people are willing to so easily accept Friday’s executive order on visas and immigration that dramatically changed the lives of hundreds of people with the stroke of a pen. This is not who we are as Americans. Few of us can claim heritage going back to pre-colonial times. In fact, there are not many who can go even that far back. While I have traced some of my ancestors back to the time of the Revolutionary War, I also have those who immigrated in the late 1800s and the early 1900s. Speaking for those who fought in that first American war, I doubt that they would be proud of the direction our country has gone.

While I agree that we need to keep our country safe, this may very well prove to do the opposite. I am not alone in this opinion, several Iraq war veterans as well as Senator (and war veteran) John McCain have expressed the same view. Further, detaining and deporting people who have spent years working through the proper channels and who have sold everything they have to move to America (as our ancestors did) is cruel and inhumane. Traveling to a place where you are not fluent in the language is intimidating at best. Moving to such a place when you have been assured of your welcome and then being detained, questioned and in some cases put on a plane and sent back into a war zone, with nothing, has to be terrifying.

As of today, citizens of 38 countries can enter the U.S .without a visa and stay here for up to 90 days as a tourist or a business traveler. All other countries are required to apply for a visa for a visit of any length (with some exceptions). The visa process takes time and can be complicated, but I agree it is necessary. (The image below explains the steps involved in obtaining a visa to the U.S..)

The new executive order has suspended all new visas to seven nations without reasonable justification.People already in the process have been told to not schedule nor to attend scheduled interviews.Further, the order has invalidated already issued visas, even to those who have been working or going to school in the U.S. and were traveling outside the country. (A direction to also include green card holders in the ban has since been rescinded.) These people have established a life here (whether temporary or permanent) and are now not allowed to return home. They went through legal channels; they were not a danger a week ago, why are they a danger today?