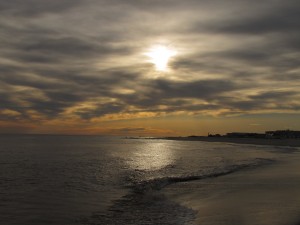 As a Jersey girl, I am no stranger to the beach. In college I worked the late shift at the local grocery store so that I could spend days at the shore (it was only about an hour away and back then $5 got me enough gas to get there and back, a slice of pizza and a soda, and paid to get on the beach). Since then, life took me out of New Jersey and my schedule no longer allows for impromptu beach days.

Recently, my husband and I planned to get away for a weekend and chose Cape May as our destination.  Searching for accommodations turned up a large number of hotels and inns at varying price points.  Being a fan of bed and breakfast inns, we decided to go that route and chose the Eldredge House in West Cape May. Although it was a bit far to walk to town, the room was pleasantly decorated and the bed was comfortable. Our innkeeper, Todd, created a list of suggested restaurants for us as well as some “Brisk Windy Day Activities.” Unlike most B&Bs, this one does not have breakfast on the premises but instead offers gift certificates to a number of restaurants. While it is nice to have the convenience of breakfast on site, it is also nice to have a variety of options. On this trip, breakfasts did not disappoint.

On Saturday morning, we walked across the street to the Bella Vida Café. Though I was tempted by the sound of the Chunky Monkey French Toast, I quickly changed my mind when I heard about the special and ordered a combination of crabmeat, shrimp, spinach and eggs that blended into one of the best omelets I have ever had out.  We couldn’t leave the Garden State without taking advantage of the opportunity to eat at a diner, so Sunday’s breakfast was at George’s Place. (Even better, it was a diner featured on Diners Drive-ins and Dives.) Though there was a wait and we were hungry, it was worth it. The Banana French Toast, a delicious stack of three French toast slices alternated with sliced bananas sautéed in butter and brown sugar, dusted with powdered sugar and a hint of cinnamon was absolutely delicious. 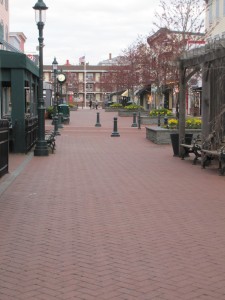 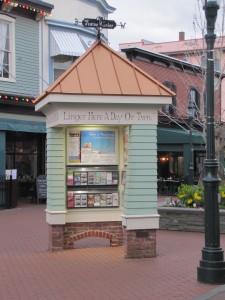 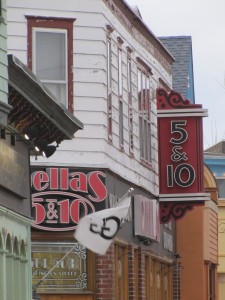 While April may be considered by some to be too chilly to visit the New Jersey shore, I find the off seasons to be just as enjoyable and sometimes more so (the beach in January is beautiful). Hotels and inns are less expensive than during the summer season and the crowds are not yet out. Though some of the shops are not open, visiting in the off seasons means parking is free and more accessible. In Cape May, though the parking lots surrounding Washington Street Mall and spots along the beach near restaurants filled up at dinnertime, it was not too difficult to find a parking spot. 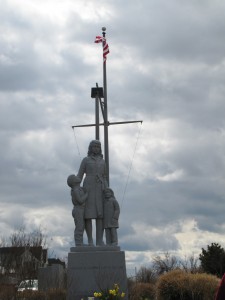 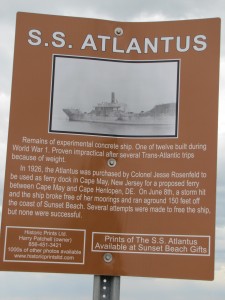 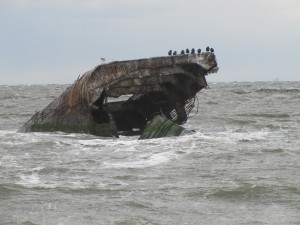 What’s left of the concrete ship

We arrived on a cloudy, windy Friday afternoon (as our personalized activity list would indicate) and, since it was our first visit to Cape May, drove around town to get our bearings. We stopped at the Fishermen’s Memorial, dedicated to fishermen lost at sea and drove out to the point where we could see the remains of the SS Atlantus, a concrete ship built during WWI. We went past the WWII Lookout Tower and drove out to the lighthouse. The lighthouse and tower both offer tours, but this wasn’t planned as a take-in-all-the-history weekend, but as a low key, relaxing weekend (which ended up being a try-all-the-wonderful-food weekend). 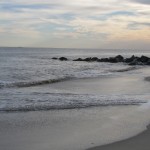 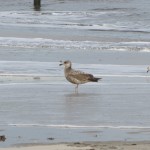 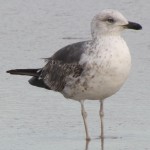 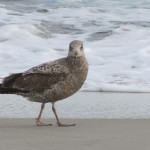 Since we didn’t stop for lunch (we snacked on the trip there), we were hungry and decided to go for an early dinner. We went with one of Todd’s recommendations, the Lobster House. We sampled local oysters and I had crabmeat au gratin, which was both delicious and filling. A small loaf of garlic-encrusted bread was a nice accompaniment to the meal. Despite the wind, after dinner we needed a walk and strolled along Washington Street Mall, a pedestrian street filled with stores and restaurants (and more ice cream shops than I have even seen in one place). We wandered in some of the shops that were open and glanced in the windows of the art galleries that had already closed.

With no real plans for our time there, we perused the booklets Todd had given us and decided to skip the wineries this trip and instead try out some local brews at the Cape May Brewing Company. We each chose four beers to sample and sat outside, enjoying the sun, our beer, and a neighboring customer’s music.  Enticed by the promise of live music at the Mad Batter for happy hour, we headed there where we had a late lunch, followed by a walk on the beach, where I stalked some seagulls and took some pictures.  We decided to get photos of the lighthouse at sunset and then chased the sun to the Point where we were rewarded with a beautiful orange and purple sky over the concrete ship. After freshening up, we went back to town for a late dinner at Delaney’s, where I thoroughly enjoyed my coconut shrimp and sweet potato fries. (As I mentioned, it wasn’t planned, but this weekend quickly became all about the food.) 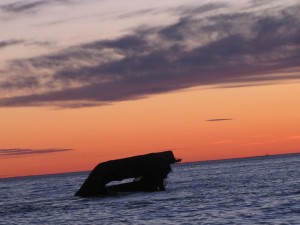 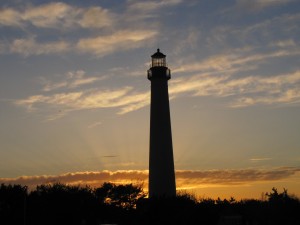 Sunday came too soon and we had to say farewell to the beach, for now. Though I enjoyed our time in Cape May, I think in season may be too busy and crowded for me. Maybe we’ll return in the fall …