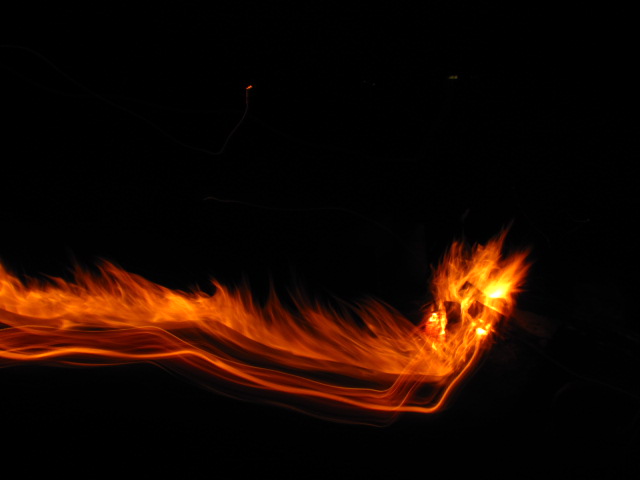 Today I am breaking rules. I am talking about politics and religion (okay, not exactly, but politics and religion are both tangentially related to my story). I believe in rules for the common good, but also in tolerance. People should be left to make their own decisions, as long as they are not harming others or infringing on others rights to live peacefully. I know that this is complicated and that people have differing ideas about what constitutes doing harm, which ends up causing so much discord in this world. I also think that we have the responsibility as adults to take a stand where we see injustice and call out those who claim to be working for the common good when it appears that they are instead working toward some hidden agenda.

This morning I read an article that almost sparked a full blown rant. This story told of statements made by a certain politician’s “favorite pastor,”, about Girl Scout leaders. According to the report, he made a statement that Girl Scout leaders should be killed, that they should have “a millstone put around their necks“ and they should be “drowned in the sea.” The article further said that he later confirmed that he was being literal. Anyone who knows me realizes how these statements would set me off.

What kind of a person says that? How can a man of God actually endorse what is essentially random violence? He is condemning a group of people (mostly women) based solely on their dedication to the young girls in their community, some of whom sorely need the structure and benefits provided by the organization. An organization that I believe in, that fosters community, that builds good citizens, that encourages girls to do community service and to work with their own churches to earn religious medals which they can then wear proudly on their uniform.

Having been a Girl Scout leader for 15 years, I am particularly outraged. This is hatred, pure and simple and I as I have often told my children, hate is the work of the devil. No good can come out of hatred. Anger, which frequently goes along with hate can sometimes be used to motivate people to achieve a positive end, but not hatred. Hatred takes over, it is a black hole in one’s soul that grows and takes more and more from the person harboring it, until it spills over and hurts others as well. But the person who is hosting this evil is not immune. He or she will not gain from hate, hate only takes.

It is an unfortunate truth in our society that the same few people tend to be the ones who organize and run events. This means that the Girl Scout leader is likely to also be involved in the PTA and also be the Sunday School teacher. And this man, who supposedly shares the word of God, is allegedly telling people to eliminate these individuals.

Again, what kind of person does this?

I understand that people have their own beliefs and I am not one to force my own opinions and beliefs on anyone. I have a strong faith, in a kind, loving God, a father-figure who wants us to be the best people we can be. I am also a Christian, in the sense that I try to live my life as Jesus taught, with goodness and tolerance, lifting people up, not tearing them down.

I fear for our society that there exist people who feel the need to do otherwise and who are in a position of leadership that gives them the platform and prestige that causes otherwise sensible people to believe that this kind of behavior is okay.

What was really said

In the spirit of fairness, and responsible journalism, I tracked down said sermon and listened to what was actually said. I found that he did quote that particular Bible passage while talking about Girl Scouts, but not really in the context that was portrayed. His comment about the millstone was directed at those who would harm children and the implication was that Girl Scouts, through promoting abortion and contraception (note this is not true; this propaganda rises up every year and is disproven) is harmful. There was no statement, even implicit that all leaders should be punished. However, as he continued,  I found what followed to also be disturbing.

While this was not even mentioned in the sensationalistic article I read this morning, it is something that while not violent in nature, still has the potential to be harmful. He said that important values, based on scripture, could not be found in Girl Scouts, that looking at their website, there was no evidence that the organization upheld these values. While I think that the Girl Scout Law certainly does echo concepts promoted in the New Testament, the specific ones he is referring to certainly are not there, for good reason.

The Biblical ideals that he is looking for include these from 1 Timothy and Titus:

1 Timothy 2
9In like manner also, that women adorn themselves in modest apparel, with shamefacedness and sobriety; not with braided hair, or gold, or pearls, or costly array; 10But (which becometh women professing godliness) with good works. 11Let the woman learn in silence with all subjection. 12But I suffer not a woman to teach, nor to usurp authority over the man, but to be in silence. 13For Adam was first formed, then Eve. 14And Adam was not deceived, but the woman being deceived was in the transgression. 15Notwithstanding she shall be saved in childbearing, if they continue in faith and charity and holiness with sobriety.

Titus 2
4That they may teach the young women to be sober, to love their husbands, to love their children, 5To be discreet, chaste, keepers at home, good, obedient to their own husbands, that the word of God be not blasphemed.

Wow. Is that really what we want to teach our daughters? To be silent, to not teach, to be subjected to a man, to be obedient? Now in full honesty, I don’t believe that is what Timothy or Titus is saying. If you read the text in its entirely, there are also guidelines for men’s behavior which include “a pattern of good works,” not being corrupt, being sincere, hospitable, patient, generous, etc.

However, here we have a “leader” telling people that girls should be obedient and implying that those who encourage them to do otherwise are encouraging them to ignore the teachings of the Bible and should be punished, severely. I think that by focusing on what the Bible “tells” young women to do without the corresponding directions for young men, some could infer that men do not have similar obligations, that men can do as they please, that only women have to behave honorably.

I don’t feel the need here to talk about how this doesn’t fit in with modern times, how life is very different today than it was 2000 years ago. The lives of women today are very different from centuries or even decades ago. Women of today are not silent and are also more educated and independent than in previous generations. This does not mean that there are not women of faith and good values. In fact, there are more women than ever in leadership positions in church life.

This further prompted me to revisit the Girl Scout website. There on their “about” page is their stated mission statement: “Girl Scouting builds girls of courage, confidence, and character, who make the world a better place.” There is also a section where Girl Scouts addresses faith: “Everything in Girl Scouting is based on the Girl Scout Promise and Law, which includes many of the principles and values common across religions. So while we are a secular organization, Girl Scouts has always encouraged girls to take spiritual journeys via their faiths’ religious recognitions.” Honestly, I am not finding anything here to condemn the organization.

This a la carte use of religion has the tendency to be divisive. Sensationalistic journalism compounds the problem. Is it simply that we are living in a world where since everyone is bombarded by images and soundbites all the time that no one really listens and pays attention anymore? Or are we simply too lazy to check facts and decide instead to believe the words someone else chooses to write (twisting the truth ever so slightly, either by mistake or design)?