November has become the month for writing challenges. I have attempted NaNiWriMo, but decided that this year was not a year to try again. Then I saw NaBloPoMo, which I found tempting, but again, I have a lot on my plate right now, and decided to pass. Then, last night, I saw the 30 Day Family History Writing Challenge sponsored by Family Tree Magazine, with daily prompts. Now this is something I can do! The first prompt was easy to jump into and I wrote my post last night (by hand as I was away from the computer and don’t have the patience to type long pieces on my phone). This is a busy month, so we’ll see how this goes. I hope you enjoy following along.

Nov 1 – Write a letter to an ancestor you have never met. 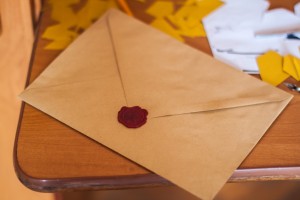 Your oldest daughter’s birth is one of our family’s biggest mysteries. We know that she was born in 1895 in Indian Territory in Oklahoma, and was given a Choctaw name but don’t know why.

How is it that you and Frances, both with families recently immigrated from the UK, ended up in Oklahoma? Did you go for the promise of land? Or did you go as some have more recently suggested, because of the promise of work as the area was rich in coal?

You only stayed a few years. Why was that? Was the work opportunity not what you expected? Was the weather too unpredictable? (Tornado Alley is very different from Scranton PA or Wales.)

Your oldest daughter, my great grandmother, was born during the time you lived there (sometime between 1894 and 1898, as I know you married in Scranton in 1894 and your second daughter was born in Scranton in 1898). My mom has commented that your two daughters bore little resemblance to each other. As birth certificates were not required at that time, I have not found any records about the details of Grandma’s birth.

I have tried to explore this possibility, with no luck. I have turned up records (census and death certificate) that list her being born in Indian Territory, OK, but my inquiries with individuals in the Choctaw Nation have been discouraging. She had been given a Choctaw name, Shitoka (I am spelling this phonetically) but that of course is proof of nothing. Of course proving that this is true would turn my research on end (and would mean we are not related by blood), but I would like to know the truth.

I have resigned myself to the fact that I may never find conclusive proof one way or the other, but plan on continuing my research anyway. I think my next course of action is to peruse Oklahoma newspapers from that time. My biggest challenge currently is narrowing down the area and Indian Territory is quite large. Even if we are not blood relatives, you raised my great grandmother and her sister, my dear Aunt Betty, both of whom were beloved by their family. I just wish you hadn’t taken this secret with you.

4 thoughts on “A Letter to My Great Great Grandfather”