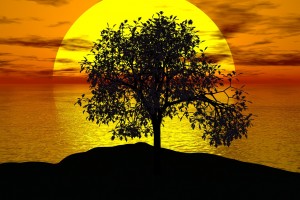 As I conclude my 50th journey around the sun, I am finding myself, in a way I never expected. Up until this point, my life has sort of fallen into place. A new mom at 21, I went directly from being a child to being a parent. Although I had choices to make, none were all about me. Up until now, everything I have done has been largely influenced by someone else’s needs. This is not to discount the influence my husband still has, his opinions have tremendous sway, but now, no lives depend on me getting it right. I can make some decisions, just because I want to.

My life took different turns than I had planned and I ended up in places I would never have expected. Motherhood was good for me, in many ways, and this fact alone caught me off guard. Despite the fact that motherhood came at a time when I didn’t expect it, I embraced it and for many years was defined by it. Like other moms, I was frequently referred to as (insert child’s name here) mom, with no name or identity. When the time approached for my youngest to go away to college, I realized I needed to redefine my role. I never have and never will be referred to as a “housewife.” Besides the fact that I personally find the term demeaning, it implies an affinity and dedication to domestic pursuits that I am utterly lacking. I do sometimes enjoy cooking, have been known to dabble in crafty projects, and enjoy creating clothing and other items from fabric, but housekeeping, well it must be done, but is not my idea of a fun day.

Although I generally do not plan anything out far in advance, I spent over a year pondering what I would do “after.” I considered going back to work full time, but kept coming back instead to the idea of writing at home full time, something I have wanted to do for a very long time.

Writing has always come naturally to me. Even at the age of 6, I wrote stories for my baby sister, on 3×5 index cards stapled together. They often starred our dogs, who patiently listened to me when I needed an audience. I switched gears through my school years, believing that writing was a dream, not a realistic way to earn a living. Sure, some people did it, but I didn’t really think I would be one.

Then my first job out of college was with a publishing company. There I was: writing and getting paid. After I had a second child, the pay didn’t warrant the costs of working, so I became a stay/work at home mom, writing pieces on a freelance basis. Eventually the demands of caring for four children sidelined the writing altogether for a while. I pushed my dream to the back, saying I didn’t have the time.

I used to think about how, if I became a well-known writer, I would answer the question, “Why do you write?” My answer was easy, “Because a writer is what I am, not what I do. Writing is like breathing, something that is part of me, not a choice.” At some point, I lost that. I realized with dismay that it had been years since I had written anything. I felt lost, empty. This frightened me. Who was I?

I was facing the end of the childhood years. My youngest was moving on, from high school and to college. For 27 years, I had been mom. Who was I now? Was there any more to me? Had there ever been? These questions prompted some serious thought.

Yes, I held other roles as well. I was a working mom for a few years, then a stay at home mom for many more. I was a soccer mom, a band mom, a color guard mom, a theater mom, a dance mom, a baseball/softball mom, a basketball mom, a scout mom, a 4-H mom. I was (insert child’s name here)’s mom, Bach’s mom, Zeke’s mom, Maggie’s mom (these last three are dogs). In doing all these things, I had learned some valuable skills and had made a difference, at least in the small part of the world I occupy. But they all included being a mom. I found myself pondering my next chapter.

As I was needed less, I found that I once again had time to read, which I quickly realized I had desperately missed. Soon I found stories forming in my head. I dusted off an old idea and started to research in earnest. A free week found me writing almost 10,000 words for a novel I had long wanted to write. Then, once again, I got tangled up in life and stalled. My youngest left for college, and it was time, but I was still stuck on details and concerned about spending much time on a project that would be years to seeing fruition. I needed some immediate results. Surfing the internet, I had an intriguing thought. There were a handful of websites with great content that kept coming across my newsfeed . Maybe I could write for some of those sites. One led to the other and I found myself reading and writing more and more.

Now I am writing, every day. Some days the thoughts can’t get on the paper fast enough. I am taking risks, pushing beyond my comfort zone. I can feel the wings opening, stretching. Like a butterfly (or if I am passionate about something, more like a dragon). I feel more alive than I have for a long time. It’s like I am a whole new me. My family, I can tell, has been amused by the new, animated me. They smile as I share my joy each time my work is accepted for publication and patiently listen to my hopes and goals. They seem to be telling me, “It’s okay, Mom, it’s your time.” I think they are on to something. I think I can make this happen. I know I am going to try.

Tagged on: midlife, more than a mom, writing

One thought on “Who Am I and What Do I Want to Be When I Grow Up?”