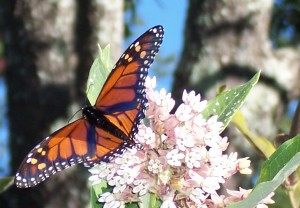 Allowing others to help is a gift. This is a lesson I wish I had learned much earlier in life. It’s no surprise to those who have known me for a long time that I am an introvert. I am a fairly private person and fiercely independent. I am sure I was one of those toddlers who frustrate parents by constantly saying “Do it myself!”  As a child, I was socially awkward and at times, very lonely. Large birthday parties were a cause for terror (I once ran out of a house and half a block home shortly after my mom dropped me at a friend’s birthday party I had been looking forward to, simply because her grandfather spoke to me).  As an adolescent, I assumed I had little to offer and kept to myself, rarely participating in conversations unless I was in a very small group and knew the people well.

It took my overhearing people talking about me to realize that the way my behavior was perceived was very different from my reality. I heard the words “stuck up” and “thinks she is better than the rest of us.” This was far from the reality of my thoughts, but had a profound effect on me. I realized that my actions were being misinterpreted and I would have to make some changes since I did not like the image that I was apparently projecting.

My social skills improved as a teen (largely through my involvement as a volunteer with a pet rescue group where I was speaking for those who couldn’t), but I still kept largely to myself and only let a select few in. Though I generally didn’t mind being alone, sometimes the aloneness was deafening.

Parenthood offered more struggles and challenges and I learned that community is even more important when you have children.  I found my people, and we leaned on each other, sometimes a lot.

People talk about the wonderful feeling you get when you help someone, how being needed and knowing you have made a difference makes you feel more valued. It is important to allow others to have this feeling as well. Many of us end up being labelled “strong” and feel that we can’t ever allow ourselves to need others. Society conditions us to think that needing help is a weakness and something to be pitied. Nothing can be further from the truth. Everyone is in need of help sometimes and allowing others to provide it is a gift.

Allowing others in and to help allows them to learn about themselves and see what they are capable of. Their other worries may drop away or seem less significant if they are focused on something outside of themselves. No one can be “the strong one” all the time, and insisting on trying to do this is denying others the opportunity to be helpful and strong themselves.

When you let other people help you, you are also giving yourself a gift. You are relieving some pressure (likely self-imposed) off yourself and opening yourself to new possibilities. Keeping everything to yourself is selfish and this applies to feelings and responsibilities as well as to things. Opening up is scary, but I have learned that the benefits make the risk worthwhile.