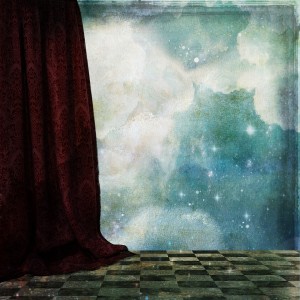 My two youngest were both in the high school play. As opening night approached, rehearsals got more frequent and longer, meaning I saw them off in the morning and didn’t see them again until late at night. We had been involved in productions before, so I knew to expect this. What I didn’t expect was the silence. For the first time in many years, I had no children around after school. I had a long-standing habit of finishing my day by around 3:00 so that I would be available for them, whether it was helping with homework, providing transportation or to hear about the day, then move into dinner prep and whatever the evening might hold.

For two weeks I wandered about the silent house, talking to the dogs and I realized that this was my future. I noticed things for what felt like the first time: The kids’ toys were gone. In fact, there was no evidence that children lived here at all.

So this is what it would be like. I was getting a taste of my future. Eventually childhood comes to an end, but to moms who have been living alongside it for many years, it seems to come on abruptly. Soon, I would be done giving direction and have to hope for the best, trusting that I did my job.

As they grow up, it seems strange to realize that permission is no longer needed; instead it is out of courtesy that my kids tell me where they are going and when they will return. Their schedules vary; I may see one or all of them any given night.

When they do return, they chatter away or bark at each other over minor annoyances. They are fiercely protective of each other, even when they act like mortal enemies. There is the push and pull. They are still my children, but they are moving on and away. They are learning who they are, but not wanting to fully give up who they were. This is foreign, yet familiar. I was once there too.

Not Much Left To Do But Cheer Them On

Tagged on: growing up, parenting