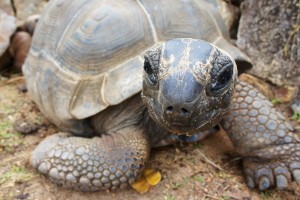 When my youngest started kindergarten, I was surprised to find at Back to School Night that I was still on the younger end of the parenting scale. I was 36; the median age was closer to 40. I say that I was an “old mom” because this was my fourth; for many other parents in the grade, this child was their first. Of course I didn’t realize the age differences right away. Some parents were obviously older than I was, others I couldn’t tell (and it’s not considered polite to introduce yourself with “Hi, I’m Kim. How old are you?”)

At first I thought it was just that particular class, but quickly discovered that many people my age had their first child around the same time I had my last. This created some interesting moments. Those who knew I had older children were surprised to find out how young I was, those who didn’t know were surprised to find out how old my other children were. No one ever asked, but I saw some eyebrows raise, as if to say, “Exactly how old were you when you had your first?”

Before I knew it, I had become the “go to” person for several other moms. I had already seen some of the tricky stages (my oldest was 15) and had survived to tell the tales. I found this idea rather amusing. I grew up believing that wisdom came with age; so it seemed odd to me that those who had been adults for up to a decade longer were asking me for parenting advice. I guess this was in part because I didn’t have fellow moms to guide me through the younger years; for the most part, my husband and I muddled through it alone. Sure I had my mom and my mother-in-law, but they were both over an hour away and things change with each generation. (Just ask an older pediatrician about how feeding guidelines have changed over the past 20 years.)

All moms have moments of loneliness, but having a child at 21 was tough. While I was home, not sleeping, changing diapers and wiping spit up from my hair, others my age were out, not sleeping, drinking and dancing (and wiping other unmentionables from their hair). At the time, I was much too consumed with my own life to give too much thought to what I was missing. Since I had little in common with others my age, we quickly fell out of touch. Looking back, it would have been nice to have been more social at that age, but if I could go back and change anything, having my first, this beautiful child, would not be one of them.

As a younger mom, I was invincible. I was too naïve to even consider all the bad things that could happen. I did worry: I made sure I knew where my kids were; I met parents before letting my kids go to a friend’s house; I kept them close when we went to the store; I checked to make sure they were all buckled in before pulling out of the driveway. But I didn’t worry about things in the grand scheme. I didn’t think about all the evil out there and the world my children would inherit. The future was far off, abstract, not something to consider at that stage.

As an older (read experienced) mom, I calmed new moms. I told them to trust their instincts and to not stress so much. Many of them seemed nervous. Many of their worries seemed foreign to me. I decided it was because they were mature enough to recognize their mortality, something I refused to see when I first became Mom, but saw in abundance as I got older. I looked back and was thankful that I didn’t have that additional stress; that I was able to simply live in the present, in the cocoon I had created.

In some ways, I was a mom of a different generation. When I first had children, life was a bit simpler. Technology had not yet taken over households; my worst mom guilt was that the TV was on most of the day, even though often no one was actively watching it. Since inside had limited space, when it was nice, my children spent regular time playing outside with the other kids in the neighborhood, often going yard to yard, knowing  to stay within the boundaries where my voice would reach. (They still talk about the call: “Yavorskiiiiis, Time for dinnnnnner!”) Other times they engaged in pretend play or devoured the books that were always strewn about the house. This was much like my childhood.

Now, my kids are mostly grown and out on their own and my former classmates are just starting to have the experiences that have recently ended for me. I now have friends who are a little older than I am, those who are at the same life stage. Here I am once again, the young one. Those friends who are my age sometimes look at me and ask how it is on the other side. They are at a point where my today is still a few years off, which can look very far away. Though many said I would regret starting so young, I insisted it was a good idea, that I would have plenty of time later for fun. Given how much has changed, I am very happy to be on the other side.

2 thoughts on “When You Have Kids Young, 36 Feels Old”